Ramen Santoka is a chain of ramen restaurants operated by Abu Out Corporation (headquartered in Sapporo, Hokkaido). The main store is located in Asahikawa City, Hokkaido, the birthplace of the chain , and the chain operates stores in Japan as well as in North America and Southeast Asia .

The restaurant’s name is derived from the haiku poet Taneda Santoka, and is also a play on the date of its opening, March 10. 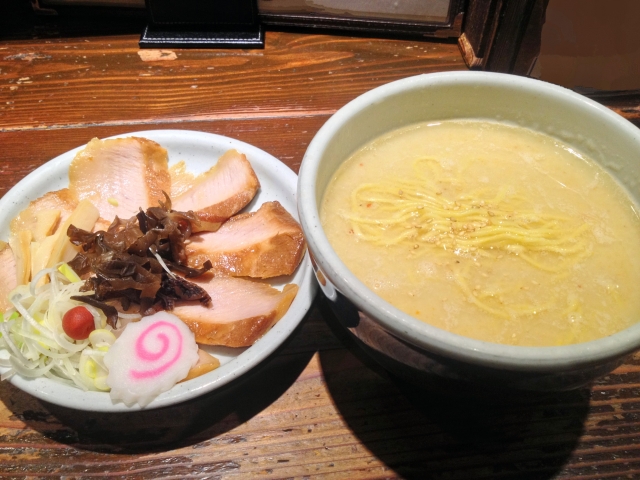 The soup is creamy tonkotsu (pork bone broth) with no smell. It was this soup that got me hooked. At the time, I didn’t think salt ramen was that good, so I was impressed by the soup’s elegant sweetness and richness, which was clearly different from other soups. It is now widely recognized as “shio tonkotsu” (salted pork bone broth), but at that time there was no such taste.

The noodles are medium-thin, frizzy noodles that seem much thinner than the noodles you are used to from Sapporo ramen, and they are packed full of filling with little bran. I love this noodle, and the thinness of the noodle picks up the not so strong salty soup well, so it was very well balanced. 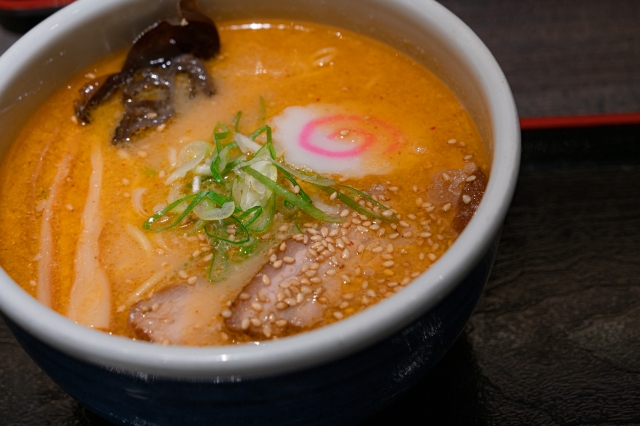 The thin noodles were delicious and well mixed with the soup.

The soup has a good flavor of mainly white miso with a hint of garlic flavor, and when scooped up with a bamboo ladle, the viscosity is low and thick.
When you take a sip, the umami of the miso paste with a hint of sourness and the pork-based animal broth slowly spreads out from the round and square mouthfeel, and the light sweetness that may have come from the miso paste, the slight astringency, the slight pungency from the chili pepper, the white sesame flavor and bitterness bring a gentle three-dimensional effect.

Kobian Ⅰ is very famous and reasonable restaurant in Abiko,Chiba. ...

Seasonal crepes soled in Harajuku . You are welcome to taste it. T...

Where are they Located? Katsuya"吉豚屋かつや" is open in front of Taipei st...

Where are they Located? We went to Maruki Ramen restaurant. here is v...

I tried to eat a Maru-chan red fox noodle. Speaking of long-seller ...

Where are they Located? Hello! Today I got to the Ramen Seiya Kashiwa...