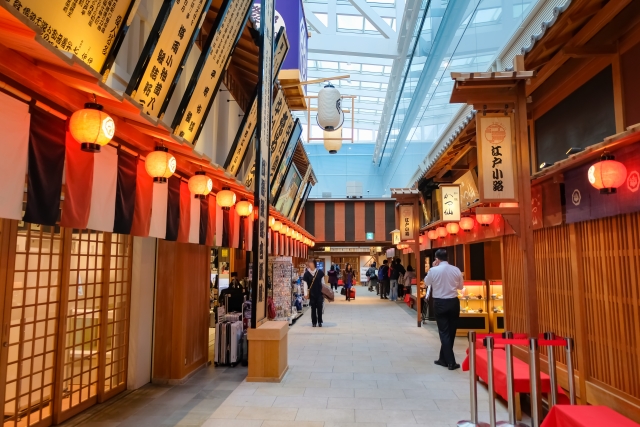 The International Terminal has a total of 44 different shops. they are new, airport-like facility where you can feel good old Japan. It is popular with both Japanese and travelers from all over the world.

In addition to gathering the famous gourmet restaurants in Tokyo, there are also many attractions such as an observation deck where you can see many airplanes and Edo Koji where you can feel the atmosphere of Edo (Japan old era). Here is also recommended for date spots and outing spots. 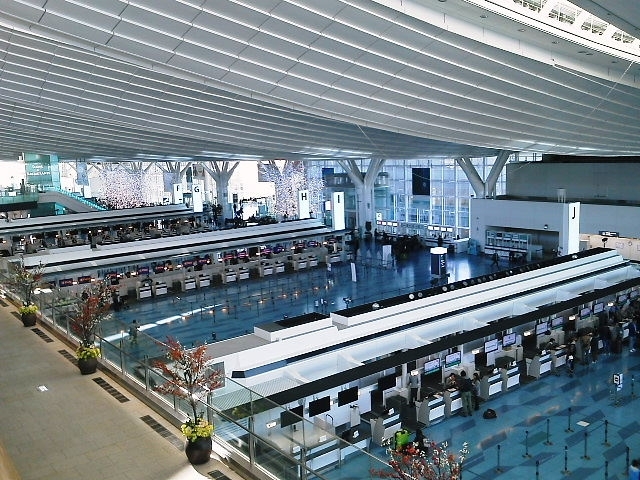 Haneda Airport is one of Japan’s largest airports, with flights from all over the world. Here we introduce the world’s airlines operating at Haneda Airport International Passenger Terminal.

Getting to the International Terminal 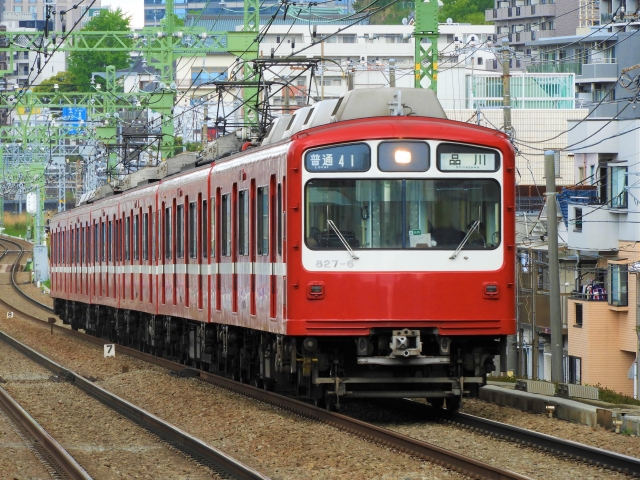 Take the Keisei Line from Narita Airport Station and get off at Haneda Airport International Terminal Station
[Time required] About 1 hour 40 minutes to 2 hours
[Price] One way 1,800 yen

Useful spots before boarding the plane

Edo Koji is located on the fourth floor raised by escalator from the departure floor, the Edo cityscape spreads and many unique shops are lined up. All of the stores that open are those that convey cultural and tradition techniques to spread the appeal of “New Japan and Tokyo” from Haneda Airport. Here is an area where not only foreign tourists but also Japanese can rediscover new Japan just by walking

On the 5th floor of the International Terminal, there is a TOKYO POP TOWN area where the atmosphere changes dramatically from Edo Koji and you can feel the “now” of Japan. The area is divided into “HOT ZONE” and “COOL ZONE”.

“HOT ZONE” has stores with character goods that became popular from the Showa era to the Heisei era, and stores with a powerful slot car racing course. “COOL ZONE” has the official Hello Kitty shop, which is very popular with foreigners, as well as “Don Quixote”, which has various Japanese souvenirs.

At the Haneda Airport International Terminal, there is a “Planetarium Café” that is unique here in Japan! You can enjoy the cafe menu while watching the stars, and it is also recommended for dates.

The place is near TOKYO POP TOWN on the 5th floor. Because it is a cafe run by the cafe chain “Pronto”, you can enjoy familiar pasta and drinks. There are more than 20 types of programs that can be enjoyed no matter how many times you go. Also, it is a nice point that you can stay without time limit if you order admission and one drink.

The observation deck of the International Terminal is located on the 5th floor. It’s an irresistible spot for airplane enthusiasts, as you can see the aircraft taking off and landing from the four most common runways in Japan.

Many airplanes going abroad have long flight times. People can’t wash their face and  hair all the time, so they are tired. Here are some useful spots before and after such a long flight.

You may not be able to take a bath for a whole day if you have a long flight or a long transit time. For those who want to take a shower as soon as possible, the shower room in the arrival lobby on the 2nd floor of the International Passenger Terminal is recommended.

This is available 24 hours a day, so flights arriving late at night or early in the morning are fine. It is located at the end of the arrival lobby on the 2nd floor, with 15 shower rooms. Towels, shampoos, rinses, body soaps, and dryers are provided in each room, so there is no need to unpack them.

When you are traveling abroad, you need to exchange money. Of course, you can exchange money in the place where you travel to, but it is safer to have a little local currency. Also, depending on the country, it may be more advantageous to convert to dollars or euros before converting from Japanese yen and then convert to cash.

In overseas, you cannot use a Japanese mobile phone as it is. Many countries have Wi-Fi environment in cafes and downtown, but it is safer to have your own pocket Wi-Fi in case something happens. Here are the Wi-Fi counters that can be borrowed at the airport even on the day.

How to move between terminals 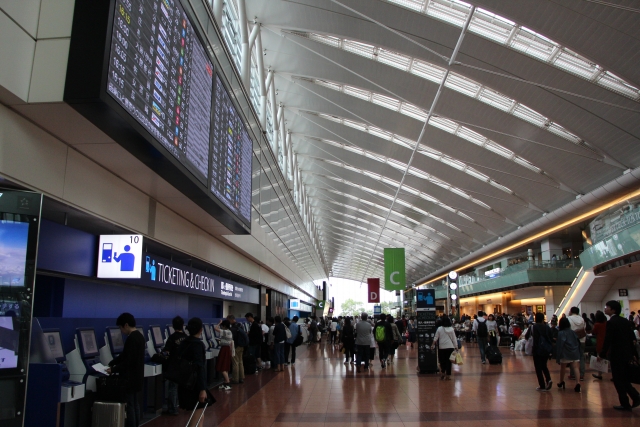 Haneda Airport has two domestic terminals in addition to the international terminal. Therefore, I accidentally mistaken the terminal! There may be anything.

In such a case, here are the details of how to move between terminals. Haneda Airport has different atmospheres depending on the terminal and there are many spots to enjoy, so it is also recommended for those who want to travel and enjoy the whole of Haneda Airport. Also, those who transfer from international flights to domestic flights are a must-see.

From International Passenger Terminal to Terminal 2