A variety of streetcars are in operation, including the “U-Tram,” a low-floor car with a comfortable ride, the “Denden,” a Hakuma Kurobuta train, the “Next Tram Chirico,” a car with a motif of Satsuma facets, and the “Cafetram,” a private tramcar for rent.

In 2010, a “lawn mower and water sprinkler tram” was created by converting a tram, which is rare in the world, and the city is actively engaged in greening and maintenance of the city.

How to pay: Ride through the door in the middle of the train and put the money into the fare box in front of you when you get off the train.

(Please note that change is not given out, so be careful when putting it in.)

The ferry runs every 6-7 minutes except early morning and late at night. Hours of operation are from 6:00 a.m. to 10:00 p.m. (see the timetable for details).

Please look at the destination sign on the train to make sure you are getting on the right train. 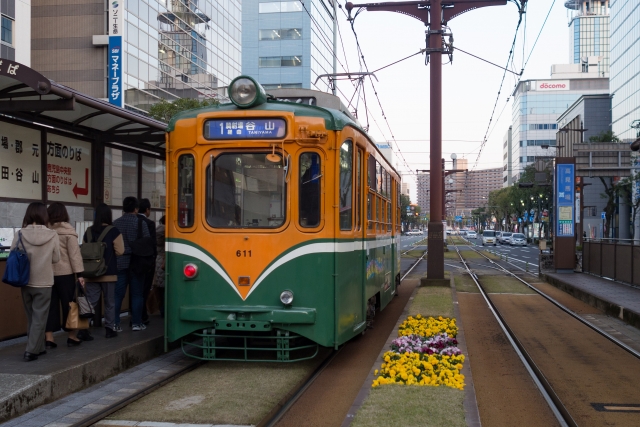 A one-day pass for streetcars, city buses, and City View is available for 600 yen for adults and 300 yen for children (as of November 1, 2022). If you only use the streetcar, you can get your money’s worth in four rides. The City Bus and Kagoshima City View also offer unlimited rides on all lines.

SL Taiki is the nickname of a steam locomotive (SL) train operated by ...

Osaka and Kyoto are both popular places to visit in Japan, and they ar...

Kagoshima is famous for Takamori Saigo, and souvenirs such as black po...