When you get off at New Chitose Airport, the gateway to Hokkaido, you will almost certainly take this rapid airport train.

It is a very convenient train that connects New Chitose Airport to Sapporo and Otaru with just one train! 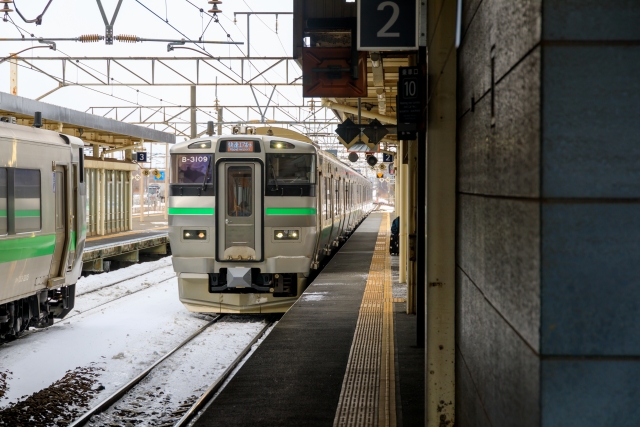 Where does the rapid airport run and where does it stop?

Basically, it connects New Chitose Airport to Sapporo.
Some rapid airports depart from and arrive at Otaru, which is beyond Sapporo!

Stops are as shown below.

In addition, there is a faster version of the rapid airport train called “Special Rapid”.

Here’s a quick summary of our rates!
Please refer to the summary. 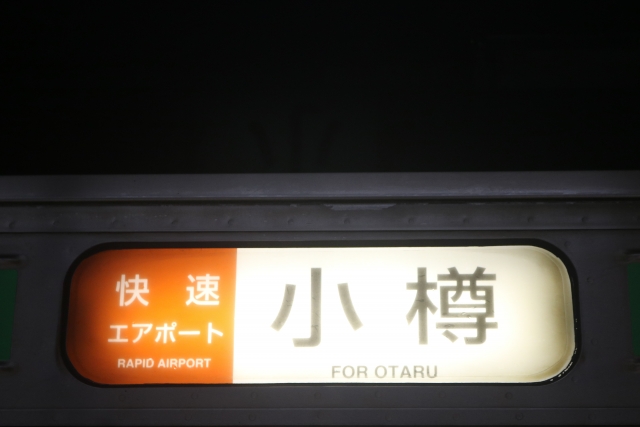 You can take the rapid airport train with just a train ticket, but for an additional fee you can ride in a reserved seat car called a “U seat”!

For an additional 840 yen, you can be sure to get a seat, but to be honest, it is expensive….

Incidentally, U-seats have luggage storage space for suitcases and other items.
For those with large luggage, this will come in very handy!

There is a way to ride the rapid airport a little cheaper, so keep it in mind if you want to save some money!

Since the rapid airport is a regular train, you only need to buy a ticket to get on a car other than a U-seat.

The way to do this is to buy two tickets.

For example, the fare from New Chitose Airport to Sapporo is 1,150 yen.

Please buy a separate ticket for “New Chitose Airport – Kitahiroshima” and “Kitahiroshima – Sapporo”.
Then you can take the rapid airport train for 1,100 yen, since you have to pay 540 yen and 560 yen for each ticket.

To buy two separate tickets, you must buy them from a blue ticket machine called a reserved seat ticket machine. (Right side of the picture)

When you get off the train, give the station attendant two tickets and you can get off!

This way you will save 100 yen round-trip, so if you are a thrifty person, it is a good idea to keep this in mind.

There are two types of rapid airport cars.

Last but not least, I would like to introduce you to two of our trains that serve as our rapid airports!

The interior of the cars are very different, so I think it’s worth knowing!

Series 721 is an older type of train, and its interior has cross seats as well as U-seats.

On the other hand, Series 733. This one is a long seat type, just like an urban train.

By the way, the U-seat is the same on both trains, so don’t worry!

The Hankai Line is a line of the Hankai Electric Railway that runs fro...

In the Sea of Okhotsk in northeastern Japan, drifting ice can be seen....

About Lake Akan Lake Akan, which sounds extremely cold, but when you ...

What's Shiromaru Station? Do you know?Even Tokyo has unexplored stati...