Kitano Tenmangu Shrine is a place for students in Kyoto to pray before their exams. Although it is not as famous as the famous temples, but it is a rare visit, so you can recharge your IQ. Of course, in addition to the main hall, you can also pray by touching the heads of the statues of the gods by the roadside of the main hall. The happiest thing is to finally get to see a row of red Torii, creating a special atmosphere that is usually only seen in Japanese manga. 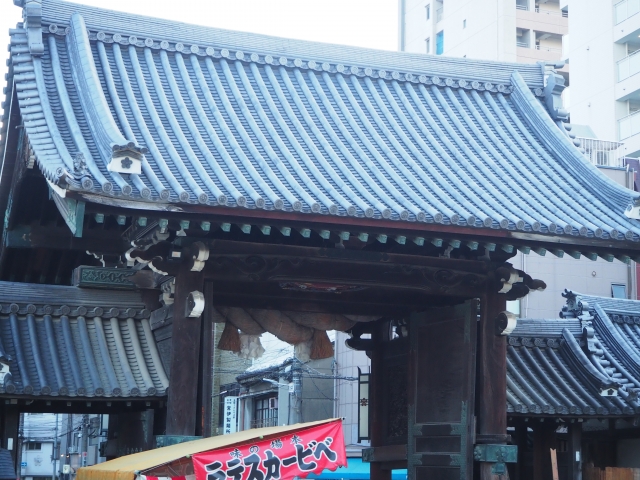 How to get to

Everyone came to pray for “academic success and martial arts”. Inside, there was a large yellow cow donated by many people with the word “devotion” written on it. Inside, I saw a group of youngsters dressed in kimono, who came to pray for their studies. My companion and I followed others to pray to the shrine, throwing money and clapping hands to pray and ringing the bell, which is the annual New Year’s blessing ceremony they do in anime.

There is also a weapons exhibition inside, we also went in to see, but I do not know much about sharp weapons, I feel that it should be well kept. 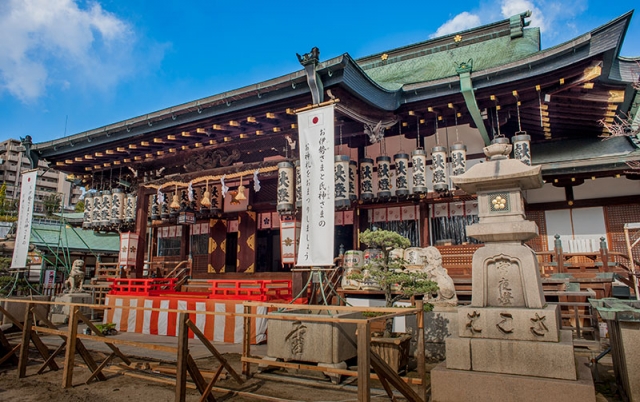 Osaka Tenmangu Shrine is located in Tenjinbashi, Kita-ku, Osaka City. It is also known as Tenma Tenjin, Naniwa Sugabyo, and Nakajima Tenmangu. It is affectionately called “Tenma no Tenjin-san” by the citizens of Osaka. Formerly a prefectural shrine, it is now an annexed shrine of the Jinja Honcho. The Tenjin Festival, held annually on July 24-25, is known as one of the three major festivals in Japan and one of the three major summer festivals in Osaka.

About Osaka Japanese Folk Art Museum After the fall of the 1970 World...

About Osaka Aquarium One of the world's largest indoor aquariums, the...

Universal Studios Japan is a must-see tourist attraction in Japan, and...