The only line currently owned is the Fukutake Line (Tawaramachi – Echizen Takefu).
The line runs through the middle of a main street called “Phoenix Street” in Fukui City. Since the line is somewhat far from Fukui Station, a branch line commonly known as the “mustache line” extends from the Fukui Castle Site Daimyo-machi (formerly City Hall) stop along the way to the Fukui Station stop.
The entire section runs parallel to the JR West Hokuriku Main Line.

There used to be a Sabaura Line (Seiho Line) running from Sabae to Oda (now Echizen Town) and a Minami-Etsu Line connecting Takefu to Awatabe (formerly Imadate Town) and Toguchi, Sabae City, but these lines have been discontinued. 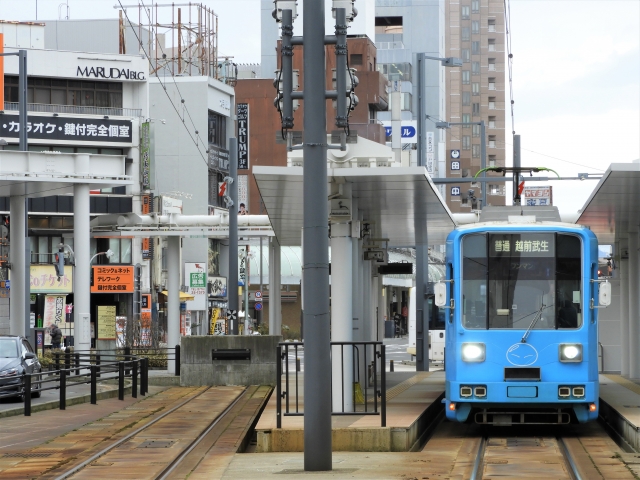 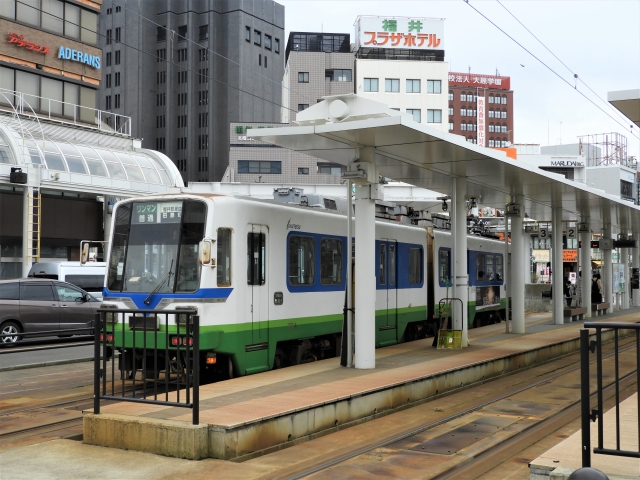 Once on board, have some coins ready at the exchange machine.

Check the fare on the fare board in the first car when you get close to the station where you will get off the train.

When getting off at an unmanned station, use the front door (the door closest to the driver). Please check with the driver and put your fare and ticket in the fare box before getting off the train.