Did you know that there is a station on the Keisei Line that is considered an unexplored area?

Trains on both lines operate directly through this station, and are operated almost in unison. However, PASMO, Suica, and other transportation system IC cards cannot be used on the Shibayama Railway Line. Only KS44 station numbers are assigned to the Keisei Higashi-Narita Line, as only the station numbers of the company that actually manages the station are assigned to stations jointly used by Keisei Electric Railway and other companies, with the exception of Oshiage Station on the Oshiage Line.

That place is located on the grounds of Narita Airport!

Higashi-Narita Station on the Keisei Line is that station.

This time, we visited Higashi-Narita Station. 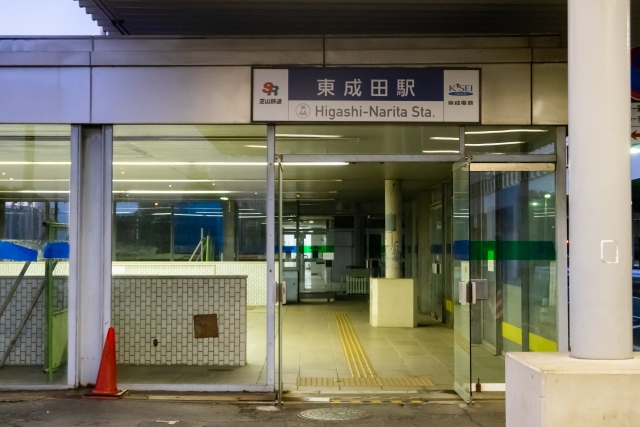 How to get to Higashi-Narita Station

After this, transfer to a train bound for Shibayama Chiyoda, the next station.

As soon as you exit Airport Terminal 2 Station, where Keisei and JR lines run, you will see the entrance to Higashi-Narita Station.

This ticket gate of the Airport Terminal 2 is very crowded, and you will feel like you are about to enter a different world! 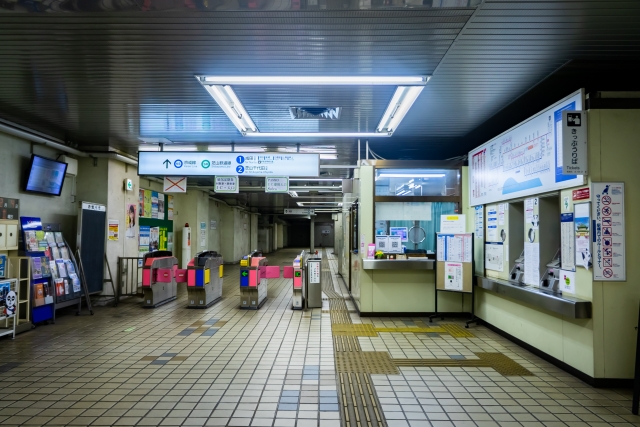 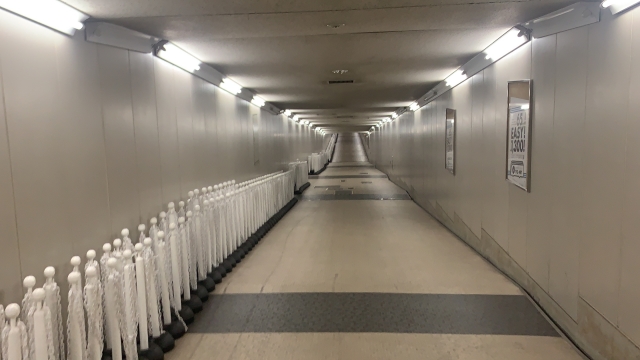 I knew in advance that this kind of tunnel existed, but pictures and reality are different.

The atmosphere was totally different.

How different? If you go there, you will understand lol.

It is so straight that you would think this road goes on forever!

After about 7 minutes of walking, the entrance to Higashi-Narita Station finally comes into view! 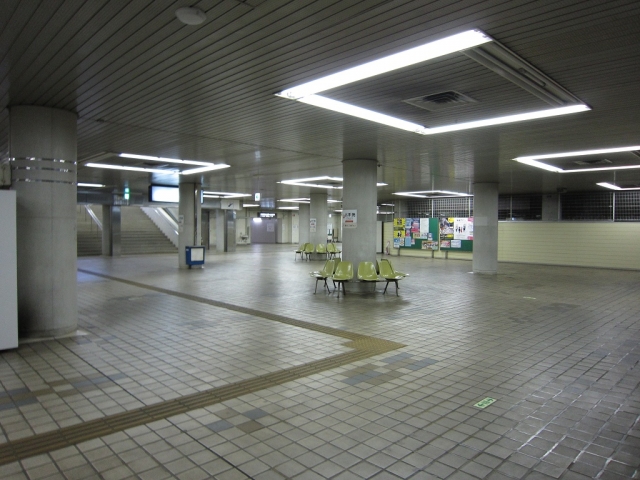 When I arrived, the first words out of my mouth were, “What the hell is this place?

By the way, Higashi-Narita Station is also the terminus of the Shibayama Railway, the shortest railroad in Japan.

However, this station is not the first station because it is directly connected to Keisei Line.

After this, I wandered around the premises.

There are many posters of Skyliner trains in the past, and the colorful signboard of Nittsu Airlines still remains, giving a sense of history.

At that moment, I heard footsteps approaching gradually from behind me.

I immediately turned around to see a police dog and a forensic scientist walking with the dog.

I guess they are patrolling the Narita Airport grounds as a counter-terrorism measure.

Once on the ground, there was a parking lot with several cars and motorcycles parked.

Right next door is the airport police station at Narita Airport.

I decided to stretch my legs a bit and walk to the road in front of me.

A sign to Higashi-Narita Station was erected on the road right next to it.

Now, it is time to enter the plathome.

The stairs going down to the platform, it has a kind of sf feel.

The platform also looks quite old.

The platform on the other side, that is the platform where the Skyliner used to arrive and depart.

The timetable is two to three trains per hour, sometimes only one.

I sat on a bench, which was not new by any means, and waited for the next train, which was about 10 minutes away.

It was a strange feeling just waiting for the train.

I knew that the train was coming, but I had the feeling that it would not come.

I was a little surprised when the train entered the platform with a roar in the silence.

The first train from Shibayama Chiyoda was a rattle.

There were only two people on the next car.

I later found out that Higashi-Narita station has about 1,700 passengers per day as of 2017.

1,700 people at that station…not very believable, but most of them are airport-related people.

So I think the users are pretty much concentrated in the mornings and evenings.

During the daytime, there is really no one there.

There are station staff, but they work in an office in the back of the station.

If you’re looking for something out of the ordinary and want to feel adventurous, this is the place for you!

What's good about Shimonada Station? Have you ever heard of Shimonada...