Kenrenji Temple, the grand headquarters of the Kenrenji school of Rinzai Buddhism. The first president was Zen Master Eisai. The founder was Minamoto Yorika. It was founded in 1202, the second year of Kenin in the Kamakura period, and the name of the temple was taken from the year of that time. 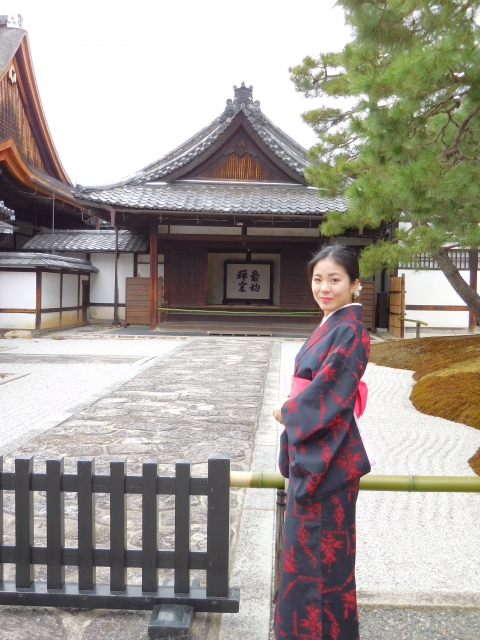 The name of the mountain is Touzan (Eastern Mountain). The Buddha Hall was built in imitation of Mt. At the time of its creation, the temple studied the three major sects of Tendai, Tantra, and Zen, and became a dojo specializing in Rinzai Zen from the time of the eleventh Rangye Do-ryong. After 800 years, Kenrenji Temple, a Zen dojo, is still a place of spiritual rest for many people.

An ancient Buddhist temple, close to the Hanami trail, frequented by geisha. The entrance fee is 600 yen, and children’s tickets are 300 yen. But I guess foreign children should not be discounted without supporting documents. The environment is very beautiful and green, so if you are not pressed for time, it is a very nice place to quietly spend time.

This place has a history of more than 800 years. It seems that maple leaves and cherry blossoms are the basic match for Japanese temples, and some have planted some plum blossoms.

About Otowa Waterfall Located at the back of Kiyomizu Temple, at the ...