They started operation on May 2, 1904 (37th year of Meiji), making it 114 years old this year! It is the oldest existing streetcar in Japan. 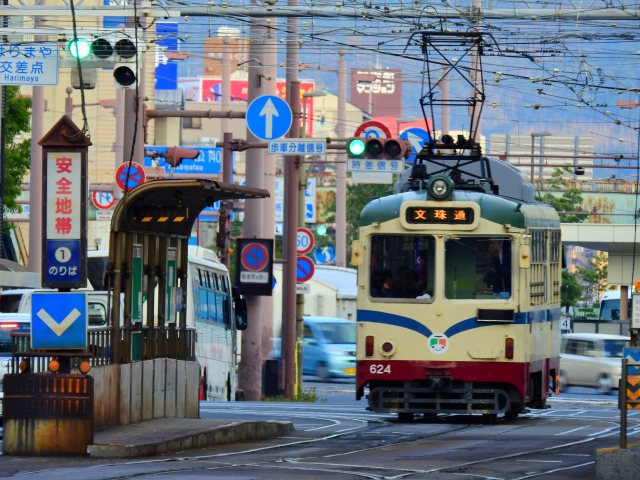 The tram is very convenient for the following

The tram stop (station) is basically in the middle of the street, so you have to cross the street on a pedestrian crossing.

Wait for the tram, which comes every 5 minutes, so you can get on relatively quickly.

The entrance is at the back door, so you board from the rear. 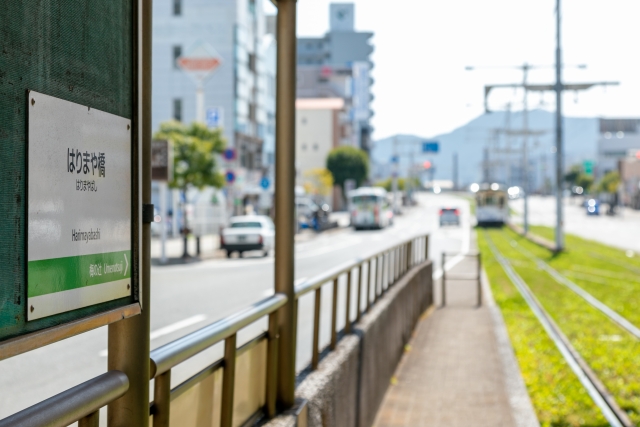 When boarding, take a numbered ticket. You do not pay the fare in advance, but afterwards.

After that, press the button to stop the tram before arriving at the station where you want to get off.

The fare is posted on the electric board in front of you, so check it along with your numbered ticket.

How to Pay Fares

Fares are paid later, not in advance

When using a one-day pass
One-day passes can be purchased on the streetcar, at the Harimayabashi Service Center, or in the Tosaterasu.
If you buy a ticket inside a streetcar, tell the driver after the train stops.

If you ride with a one-day pass, simply show it to the driver when you get off the tram.

Along with Nagasaki Electric Railway, it is a rare Japanese railroad c...

Kumamoto tram is a streetcar that runs in Kumamoto City. It is an adve...