Along with Nagasaki Electric Railway, it is a rare Japanese railroad company founded in the Meiji Era that has not changed its name once since its foundation, and celebrated its 100th anniversary on June 9, 2010.

This streetcar has a very long history, dating back to the Meiji era.

From the window of the car, you can feel the unique character of Okayama, such as discovering the bronze statue of Momotaro standing on the sidewalk. The view when crossing Kyobashi Bridge, one of Okayama’s representative bridges, is so beautiful and open that you will want to take pictures.

Not only the train cars, but also the interior of some of the trains are cute, such as the “Tama Train” filled with cat illustrations.

The train is also convenient for visiting the standard sightseeing spots in Okayama City, such as Okayama Korakuen Garden, Yumeji Museum of Landscape Art, and Hayashibara Museum of Art. 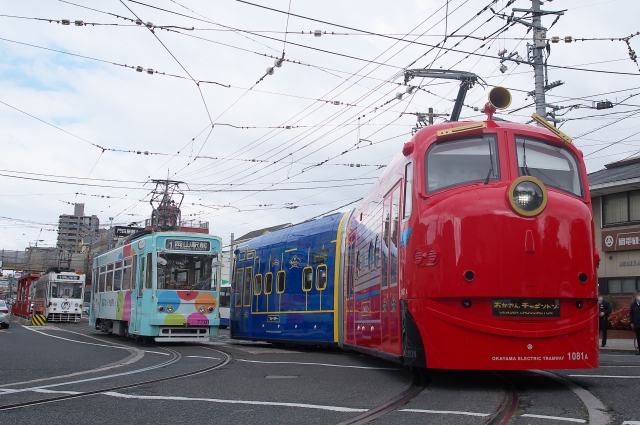 Okayama Electric Railway has a large number of trains in operation.

During the daytime, there is one train approximately every five minutes.

One-day passes are available at Okayama Electric Railway.
The price is 400 yen for adults and 200 yen for children.

The ticket covers all streetcars in all sections, and allows unlimited rides for the entire day.
This is a good deal if you are visiting for sightseeing or if you ride the streetcars several times in one day.

The one-day pass is in the form of a card with a calendar with hidden numbers in silver on the surface. 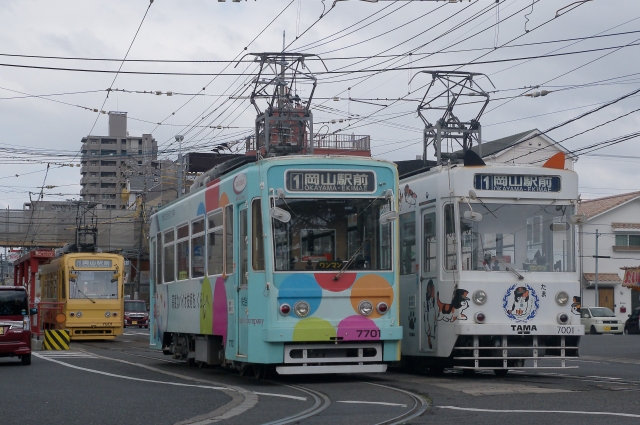 All Okayama Electric Railway cars are boarded from the rear and alighted from the front.

Fares are paid at the time of getting off.

The way to get on and off the bus is very similar to that of local buses.

As soon as you enter through the rear door, you will see an orange-colored payment machine.

If you have a one-day pass, please enter without doing anything.

The transfer method differs between cash and IC card use.

There, pay the transfer fare of 140 yen and receive a transfer ticket from the driver.

When you get on the tram you are transferring to, do nothing.

When you get off the tram you are transferring from, insert the transfer ticket into the fare machine and get off.

When using an IC card, when getting off the tram before transferring, touch the machine to get off just as you would for a regular drop-off.

Memanbetsu Airport is the main airport of the Okhotsk Regional Develop...

Have you heard of the Laview express train that operates on the Seibu ...