Nonomiya Shrine was actually developed from Nonomiya. It is said that every time there was a change of emperor, an unmarried imperial female (an inner prince or queen) would be chosen to replace the emperor at Ise Shrine and perform the rituals. The place where they fasted and bathed for three years before leaving for Ise Jingu was called “Nonomiya”.

The location of Nonomiya varies from time to time, but a quiet place is often chosen from the Sagano area. During the reign of Emperor Sagano, Prince Inokochi built Nonomiya on the site of the present Nonomiya Shrine.

The procession from Sagamiya to Nonomiya was called the “Sagamiya group procession”, and was a huge procession of about 500 people, including accompanying officials, female officials, court ladies and servants. In the Nonomiya Shrine Annual Festival, which is held on the third Sunday of October every year, the “Saigou Procession” starts at 12 noon and is a very impressive reproduction of the ceremony. 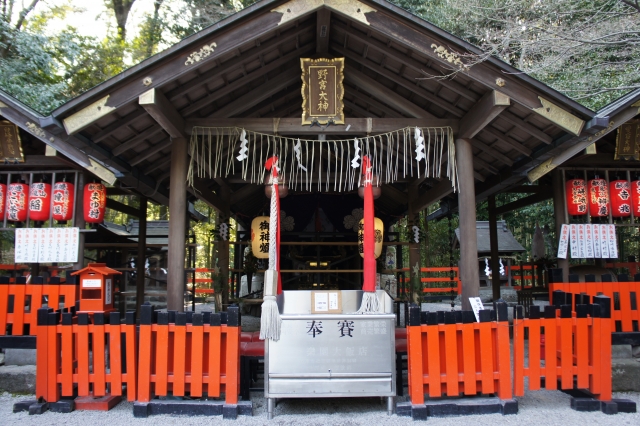 Kiyomizu Temple is one of the most famous temples in Japan. It is a ve...