The Meiji Jingu Shrine was established in 1920 in memory of Emperor Meiji and Empress Akihiko.
The Jingu Forest, which has expanded in the center of Tokyo, is an artificial forest made up of about 100,000 trees donated by the whole country at the time of its establishment.
Located in the Shibuya district, it covers 79 hectares and is the largest green space in central Tokyo besides the Imperial Palace. 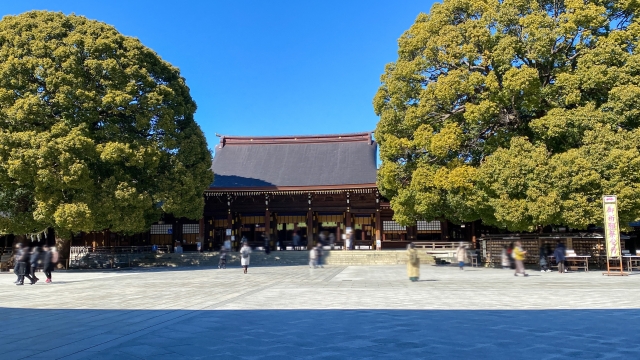 The large torii in front of the shrine, where the north and south roads meet, is the largest wooden torii in Japan.
It is 12 meters high, with two pillars 9.1 meters apart and 1.2 meters in diameter, and is in the style of “Myojin Torii”.

On April 14, 1945, the main building of Meiji Jingu Shrine was destroyed by a bombing in World War II, and was rebuilt in November 1958.
The southern part of the building is now Yoyogi Park, and a baseball field, Meiji Jingu Baseball Field, was built in the west with donations from the public.

Outside the southern fence is the famous Omotesando Road, and across the street is the National Yoyogi Stadium, a ship-shaped stadium built for the 1964 Tokyo Olympics.
This area is called Meiji Jingu Gaien for the purpose of raising able-bodied youth.
Access to the gaien is slightly different from that of Meiji Jingu Shrine. 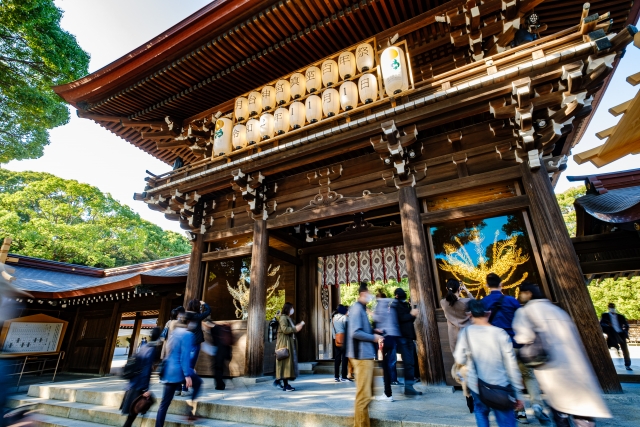 No tickets for shrines

Open at sunrise and close at sunset, the time varies from month to month, please check the website for details

About Shinagawa AQUA PARK There are many aquariums in Tokyo, but this...