The China High Speed Rail is a very convenient way to travel within China.

In fact, you can take the China High Speed Rail without speaking a word if you have a pen and paper, and you can even make reservations if you have a smartphone.

Here I will explain how I actually took the China High Speed Rail. 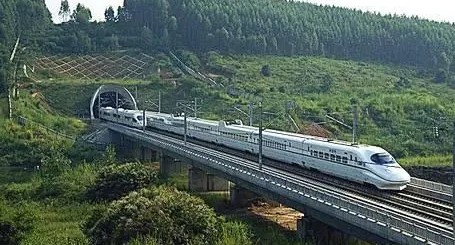 I used China High Speed Rail to get from Shanghai to Suzhou.

There are frequent high-speed train services between Shanghai and Suzhou, so it is best to use whichever station is more convenient.

High-speed train schedules and fares can be easily checked in Japanese at trip.com, a website operated by Ctrip, China’s largest online travel agency.

You can also book seats on the China High Speed Rail up to one month in advance on trip.com.

You can actually access trip.com to find out the time and fare for a high-speed train that departs in about 30 minutes, as well as the number of seats remaining, so you can get an idea of how crowded the line you are planning to take will be.

How to buy tickets directly at train stations in China

Also, there is a fee (about 20 yuan) for making a reservation on trip.com.

So I decided to buy a ticket directly at the station ticket office.

The station ticket office also allows you to select your seat, such as window-side or aisle-side.

I arrived at the ticket office on the second floor of the Shanghai Hongqiao station at 8:00 p.m. on a weekday, and the window was empty with only a couple of people in line.

Of course, I do not speak Chinese, so I wrote the following on a piece of paper and bought a ticket.

I was able to make the purchase by producing a note like this and my passport.

I think they probably gave me a ticket for the earliest departing train, so I was a bit nervous because the ticket they gave me was for a train departing 25 minutes later.

It is OK if you are a Chinese person who is familiar with train stations, but for a Japanese person like me who does not know the left and right side of the station, it is so huge that you might get lost.

Also, there is a luggage inspection at the station in China.

Although not as strict as the luggage checks on airplanes, you will need to show your passport, tickets, tickets, and so on.

It is also very crowded in some cases, so it is best to allow as much time as possible to get to the ticket gate.

How to Reserve and Purchase China High Speed Rail Tickets

If you wish to purchase tickets for the China High Speed Rail in advance, you can do so through trip.com.

Once you have made a reservation on trip.com, you will be given an acceptance number, and you can then present the acceptance number and your passport at the ticket office at the train station in China to have your ticket issued.

Payment can be made by credit card.

Reserve your favorite seat on Vietnam Railways When I ride a train,...

I came to Hanoi on Jetstar Pacific flight BK621 from Kansai Internatio...