Iyo Railway was established in 1887 (Meiji 20) and has the longest history of any private railroad in existence in 2013, following Nankai Electric Railway. The year after its establishment, the line between Matsuyama (now Matsuyama City) and Mitsu opened, followed by the Mitsuguchi (Furumachi) – Dogo (Dogo Onsen) – Matsuyama line in 1893 (Meiji 26), with both lines connecting at Furumachi.

The length of the line is 9.6 km, and the five lines are collectively called “city lines”: the Jonan Line, Honmachi Line, Otemachi Line, Hanazono Line, four track lines, and the Johoku Line, which is a regular railroad line. The gauge is 1,067mm, there are 16 stops in total, and the overhead line voltage is 600V DC on all lines. There are two rare intersections of streetcars and railroad lines in Japan, one in Furumachi and the other in Otemachi. 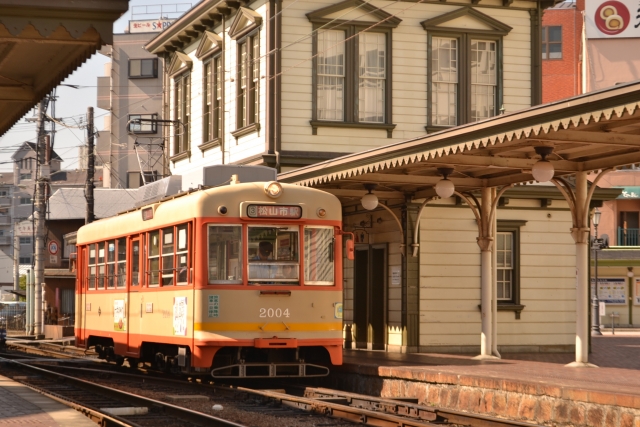 The fare for Matsuyama’s streetcars is a flat rate of 160 yen for adults and 80 yen for children for the entire route. 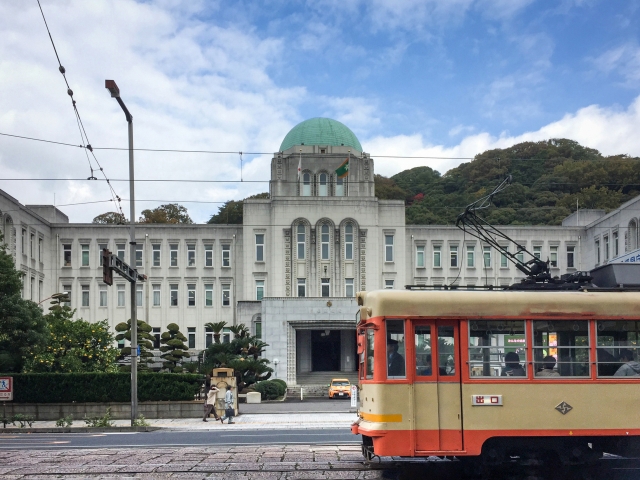 Board the streetcar as is. When the stop for getting off comes, press the button inside the car to let the driver know. When you get off the tram, put 160 yen for adults and 80 yen for children into the fare box. The fare box does not give change, so you will need to exchange money at a money-changer.

Hiroshima Electric Railway operates streetcars on a 35.1 km route that...