Kochira Katsushikaku Kameari Koen mae Hassyutsujo is one of the most popular Manga, comic, in Japan.

Their statues are established near JR Kameari station.

There is a map just you out the exit of JR Kamerari station. You can refer it to find statues.

You go out north exit, you can see him.This statue was the first statue built in 2006. 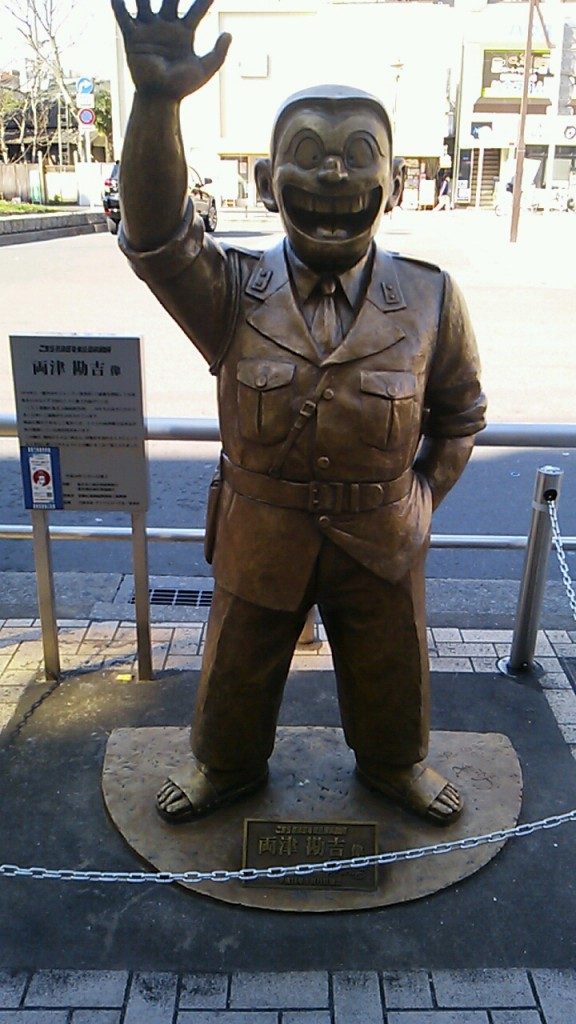 Statue of “Rose and Reiko

He is good looking young police.
He is the richest guy on the earth.

Statue of “Ryo-san taking break on a bench.”

And there is one in Lilio department store, and also there are some in Kameari park.