Opened in 1853, it is the oldest amusement park in Japan.
The park was reopened in 1947 after being affected by World War II.
It has the oldest Japanese-made roller coaster in Japan

When the park opened in 1853, it was a botanical garden where many tea men and poets gathered during the Edo period.
The women of the Ooku (Shogun’s family) used to rest here, and swings were the only amusement facilities at that time. 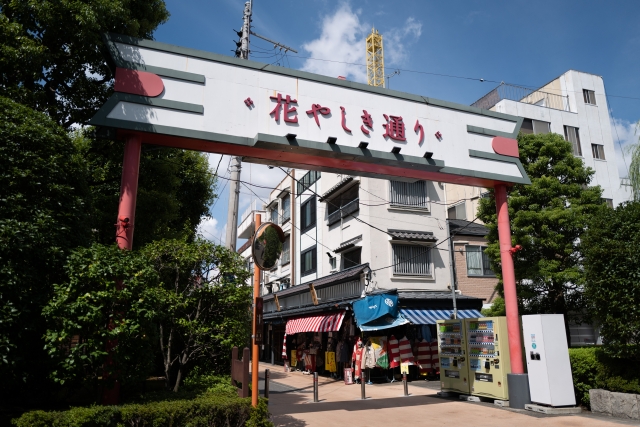 Lunch is recommended outside the park.

There are stores and places to eat inside Hanayashiki, but they are quite delicate .

And most importantly, there is a lot of fighting for a table. Since it was only my dad, we gave up on getting a table early and went outside to eat lunch.

When you go outside, be sure to say, “We’re re-entering! and be sure to tell them!
You will get a stamp on the back of your hand and you can re-enter.

About Shinagawa AQUA PARK There are many aquariums in Tokyo, but this...

About Tokyo Tower Tokyo Tower, still a beloved symbol of Tokyo, was c...