On the night street after sunset, the sleeping demon light that lighted up the light bulb appeared, and the streets of Aomori were wrapped up in the atmosphere of the glory. The sleeping monster is about 9 meters wide and about 5 meters high. Its shock and beauty are unprecedented. 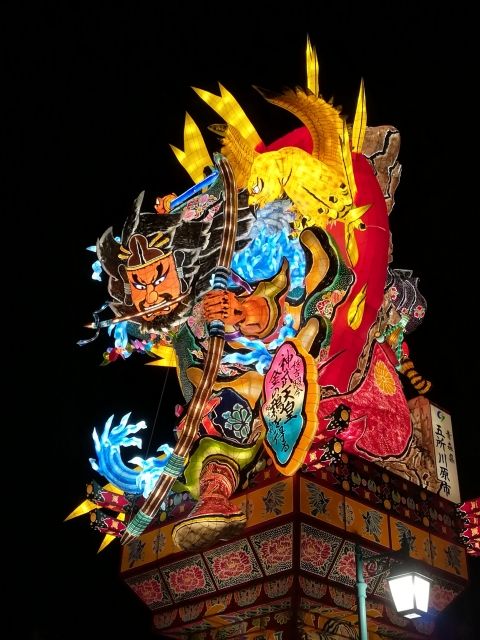 The design themes of Sleeping Golem are varied, mostly from the scenes of ancient Chinese literature in China or Japan, or from traditional Japanese art and Kabuki. Perhaps in the traditional festivals, you can enjoy the sleeping monsters that are very intimate even if they are not Japanese.

In the past, the sleeping ghosts were made by clever citizens and gradually became more professional as time went by. The size is also larger and the shape is more varied. It is now made by a dedicated staff. It takes about 3 months to make one, all made by hand.

After the annual festival, most of the sleeping golems will be destroyed, so it is a valuable art work that can only be enjoyed in the current year.

While enjoying the charm and shock of the sleeping magic, the accompaniment of Taiko, flute and gongs and drums will be heard in the ear. And the scream of “RASSERA!” with the unique rhythm is very exciting.

There will be about 500 to 1000 dancers in front of each sleeping figure, called “jumping people”, who will dance as they dance with the rhythm.