Takeda Shrine is located in Kofuchu-cho, Kofu City, Yamanashi Prefecture. It was built on the site of the former Rhododendron Hall (the site of the Takeda clan’s building) and is dedicated to Shingen Takeda. 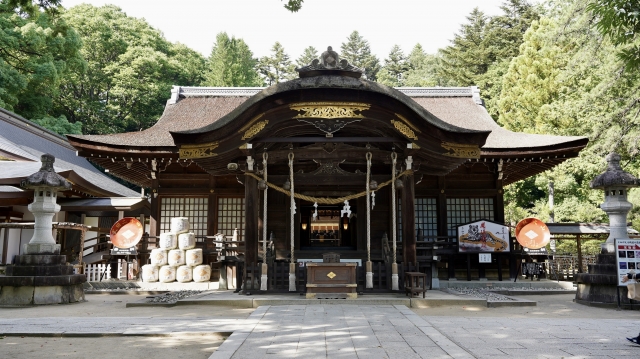 Takeda Shrine offers “luck in victory” like a military commander

It is recommended that you receive the blessings of “victory in life itself” and “victory over yourself,” not only in the game of chance.

It is greatly featured for the blessing of luck in victory!

Shingen Takeda was famous as a military commander, but he also devoted himself to flood control works, agriculture, and commerce in his domain, and was very beloved by his people.

Takeda Shrine can be reached by bus from Kofu Station.

There is a bus stop in front of the shrine, so you should be able to get there without getting lost.

After getting off the bus, cross the red “Kami-bashi” bridge and you will be greeted by a torii gate.

After passing through the torii gate, look back and you will see a beautiful stretch of road.

This road is called Takeda-dori, and it goes straight all the way to Kofu Station.

The sound doesn’t always come out, you wait for a few seconds and suddenly you can hear it. It really does sound like a zither!

Chickens are also kept in the temple grounds. I was there in the morning, so they were chirping energetically.

In summer, the temple is filled with natural sounds that are rarely heard in the city, such as the chorus of many cicadas, the clucking of the domesticated chickens, and the sound of water coming from the bamboo tubes of the Takeda Suikinkutsu! 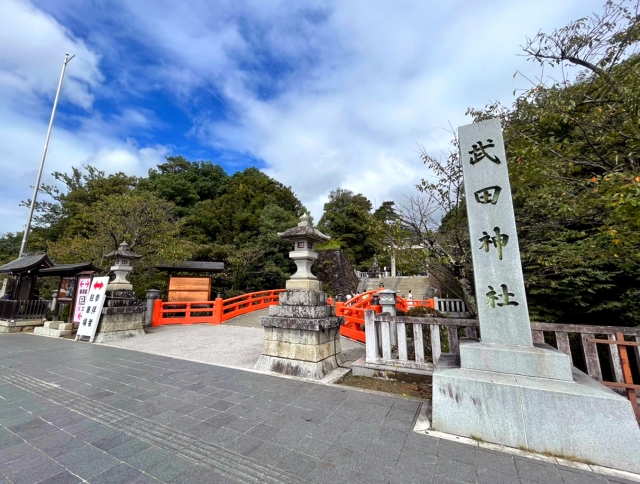 Take the Yamanashi Kotsu Bus bound for “Takeda Shrine” or “Sekisuidera” from Bus Stop No. 2 at the North Exit of JR Kofu Station, and get off at “Takeda Shrine” bus stop.

Takeda Shrine can be reached by taking the Yamanashi Kotsu bus bound for “Takeda Shrine” or “Sekisuidera”, which leaves from the No. 2 bus stop of Kofu Station.

The buses are rather old, but don’t worry, PASMO and Suica are accepted!

Take the limited express “Azusa” or “Kaiji” to Yamanashi!

For a trip to Yamanashi Prefecture, we recommend taking the Azusa or Kaiji limited express trains of JR East!

Kofu, the center of Yamanashi, can be reached from Shinjuku in about 90 minutes!

You can also come from Shinjuku or Nagano by one train, and if you use JR’s “Ekinet Tokudate” early-bird discount, you can get there at a very reasonable price!