There are many sightseeing highlights here, such as the huge Ferris wheel by the sea and the tallest building known as the landmark of Japan, which has become one of the must-see sightseeing places for tourists from all over Japan.

There are also many shopping malls, which are good places for shopping. There are many street performers who perform here during festivals. 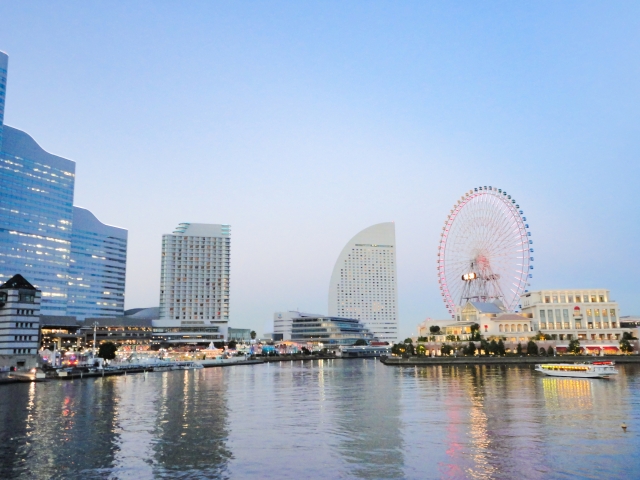 I personally like this attraction, because he set the cruise ship, Ferris wheel as one, with the building, quite a Thames River rush. 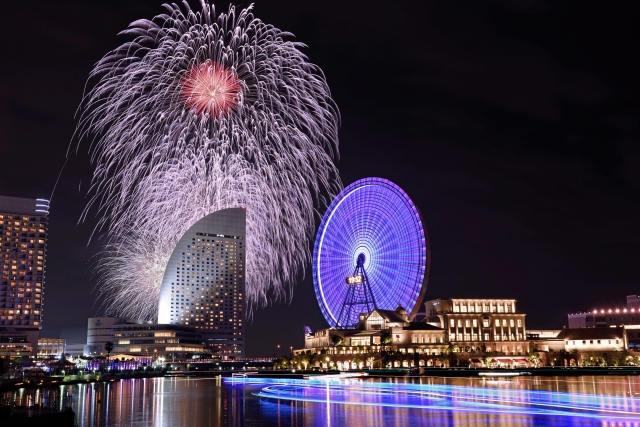 It should be said that in the twenty-first century future port saw a lot of painters, there are young and old, mostly quietly sitting in a place or photo or creation, a sneak peek at the work, the painting want to be praised. Think of their own childhood to see Doraemon, crayon small new or grow up obsessed with Hayao Miyazaki, the reason why they were able to create such a fine cartoon and Japan’s atmosphere has something to do with it.

This Ferris wheel used to be the world’s tallest, but now the tallest Ferris wheel has been replaced by others.

But the scenery here is not easily surpassed, even compared to the Odaiba Waterfront Park in Tokyo.

First of all, there are the rides that go with it, other than the pink roller coaster and the “screaming” that can be heard from the Ferris wheel when sitting on it;

The next is not far from the original warehouse converted into a modern red brick warehouse mall, which sells small crafts of fine and delicate with the industrialized process of crafts at our heavenly attractions can not be compared.

The red brick warehouse is further away from the cross-sea bridge. When night falls, look around and take a picture of the beautiful scenery.

By the way, I forgot to mention the unique giant clock on the Yokohama Ferris wheel, so you can leave a time stamp when taking pictures.

In short, if you and your lover can spend half a day on the waterfront promenade, it is a rare happiness in the world.

If you go alone, there is nothing wrong, quietly enjoy the beauty of this, but also to achieve the effect of purification of the soul.

I went to the Yo-Kai Watch Official shop"Yorozu mart" They are locat...

Do you know that the milk and yogurt, two kinds are good for your ...

Not only cameras and home appliances,but also there are  restauran...

In ancient times, Nagano Prefecture was also known as Shinano, and it ...

Libenham  store sells Limited product , and all Items they have ar...

Speaking of Kumamoto Prefecture, you can think of a lot of delicious f...

Do you like to wear kimonos ? Want to walk Asakusa while wearing k...