Shinsekai is a shopping district located in Ebisu-higashi, Naniwa-ku, Osaka City, Osaka Prefecture. Tsutenkaku Tower stands slightly north of the center, and Janjan Yokocho is located to the southeast.

The sign outside the restaurant at Shinsegae Osaka is very eye-catching, with the iconic blowfish lantern echoing Tontenkaku, as if you have traveled to an otherworldly place. It sells traditional Osaka cuisine such as blowfish dishes, takoyaki balls and fried skewers, of which the fried skewer restaurant has an iron rule: “The sauce can only be dipped once, not twice.”

Opening hours: Most eating places are open until 23:00 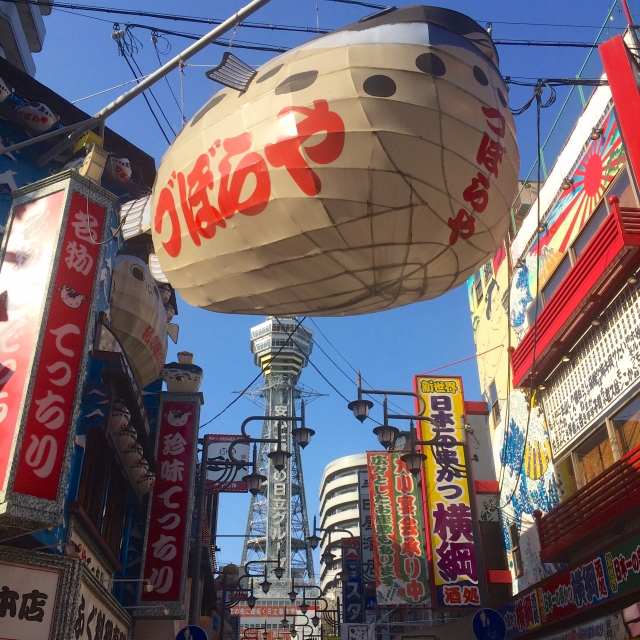 How to get to Osaka Shinsekai

I thought it would be a long food street like Nanjing Road Pedestrian Street in Shanghai, but I didn’t expect it to be just a few hundred meters. It’s a gathering place for tourists, and every store is crowded with people hustling to get in to eat at the door. I don’t really like this scene.

After passing through Shinsekai, there was a small alley, which was much quieter, with many izakaya and ramen restaurants, and many locals in Osaka.

The specialty here is a variety of seafood and meat skewers, due to the scarcity of tourists, resulting in a relatively single type of snacks, and therefore fell into a vicious circle, but at the same time because of the lack of excessive development, some traditional Japanese elements can be retained here. I don’t know what the fate of this place will be in the future, but I can only hope that all is well.

About Namba Shrine Located near Osaka Honmachi Station, this is a pop...

About Osaka Aquarium One of the world's largest indoor aquariums, the...