Traveling between Tokyo and Nagoya on a Seishun 18 ticket takes 6.5 hours. Since there are many trains, even beginners can easily get around.

If not used with careful consideration, it can often lead to unexpected mistakes and disappointing trips, so be sure to research the situation carefully before doing so.

The Seishun 18 Ticket also allows you to take a rapid train, so if you are traveling long distances, you should take advantage of rapid trains as much as possible.

The Tokaido Main Line has many rapid trains in operation. This makes traveling with the Seishun 18 Ticket very convenient and comfortable.

However, please note that the situation differs greatly between Tokyo and Nagoya.

Seishun 18 Ticket is available to anyone, regardless of age, and is sold every spring, summer, and winter. The ticket allows unlimited one-day rides on ordinary and rapid trains, BRT (Bus Rapid Transit), and JR West Miyajima Ferry.
A set of five tickets can be used by up to five passengers on the same trip at the same time.

This is the ticket.
I bought this by Yahoo Auction Japan.

There are some rapid trains between Tokyo and Atami, but the main trains are local trains. In this section, both rapid and local trains run at the same speed. 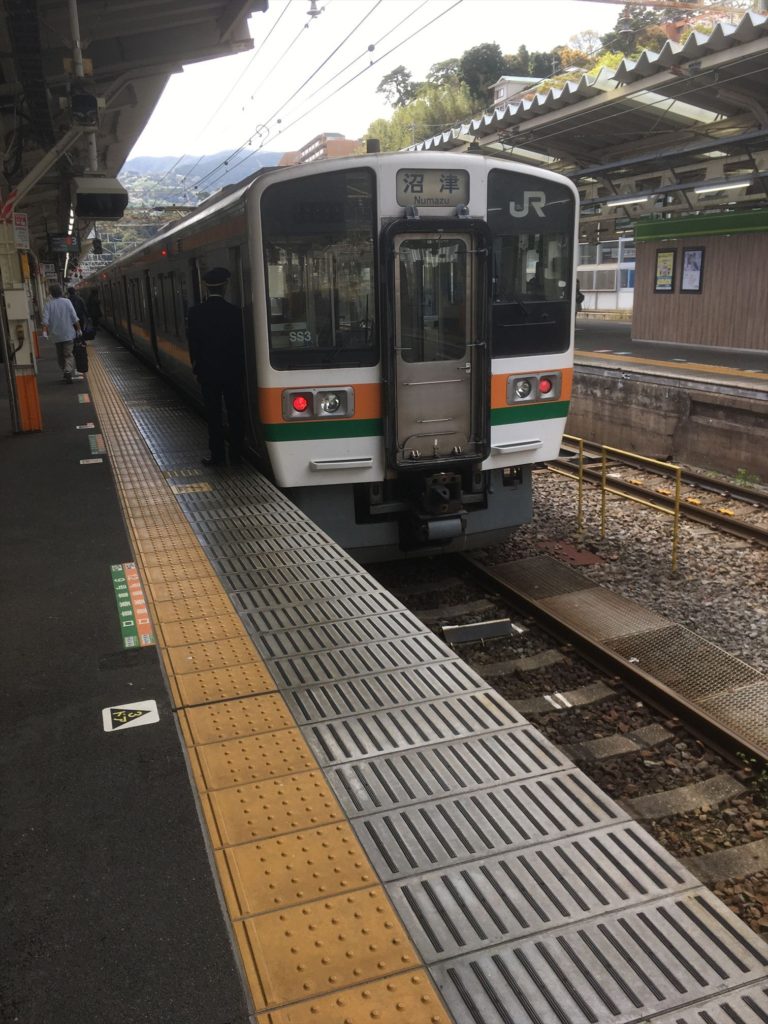 I stopped by Shizuoka Station for lunch.

There is no rapid train service between Atami and Toyohashi, and almost all trains are local trains that stop at each station.

However, depending on the time of day, a “home liner” may be available.

The section between Toyohashi and Nagoya is a convenient section for rapid trains. Be sure to take a rapid train on this section.

Unlike in Tokyo, all trains named “rapid” pass through quite a few stations. There are three types of rapid trains: ordinary rapid, new rapid, and special rapid, but there are only minor differences in the stations they stop at.

In the Shizuoka area, you will inevitably have to ride long distances in long seats.

Almost all trains have toilets, so you don’t have to worry about that. In the Shizuoka area, there are some trains that do not have restrooms, but this is not a problem at all because the next train will be there in 20 to 30 minutes when you get off the train.