The A-bombed cars are still in operation, giving visitors a sense of the depth and resilience of the history of the city.

The variety of other exteriors, such as the “Green Mover APEX” super-low-floor train, are also enjoyable just to look at.

Although the JR train is the quicker way to get from Hiroshima Station to Miyajima (Miyajima-guchi, the entrance to the island), we dare to recommend a leisurely ride on the Hiroden train. 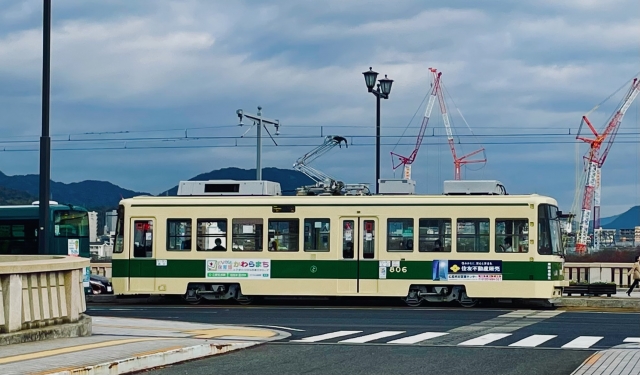 How to ride Hiroshima Tram

The entrance is in the middle.

No tickets are available. Fares are paid later.

If you pay in cash, put the money directly into the fare box when you get off the bus.

If you use an IC card, touch it to the IC card reader when you get on and off the bus.

If you pay in cash, put the fare directly into the fare box when you get off the bus.

No change will be given from the fare box.

Change the amount of money in advance and put in the correct amount. (There is a money changer inside the train.)

At a transfer stop (transfer station), you can transfer to a train with a different destination than the one you took before.

After getting off at a transfer stop (transfer station), you can take a tram to the next destination. 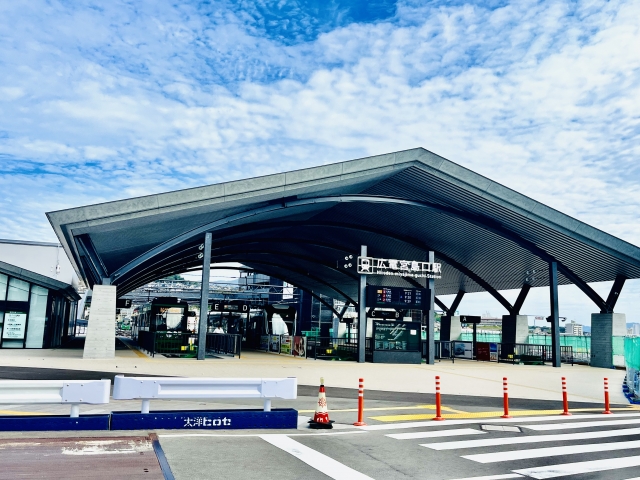 One-day train tickets are available at Hiroshima Station and other stations.