I came to Hanoi on Jetstar Pacific flight BK621 from Kansai International Airport.

I was planning to buy a cheap SIM after arriving at the airport, but the store was closed while I was waiting around. 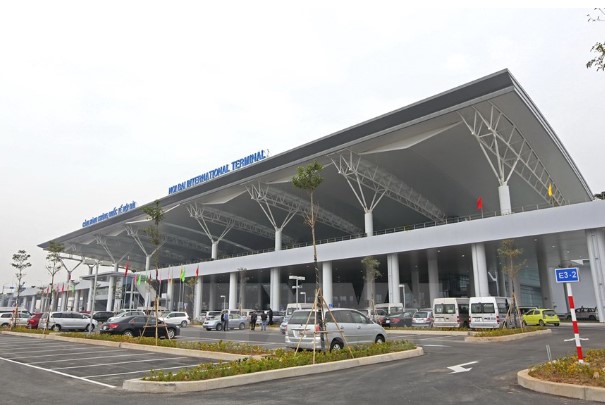 I was quite shocked because I thought they were open 24 hours a day.

If you arrive at Hanoi airport late at night and want to buy a cheap sim or exchange money, I think you should do it as early as possible.

I did not get a cheap sim, but there is free WIFI in the airport, so the internet is quite comfortable and I can gather information.

Hanoi Noi Bai Airport at midnight is deserted for an airport in the capital city.

I gathered information about the domestic flight departing at 6:00 a.m. to Da Nang, and it seems that I need to move to the domestic terminal.

The domestic terminal at Hanoi’s Noi Bai International Airport is located about 1 km east of the international terminal.

Apparently there is a free shuttle bus between the international and domestic terminals every 10 to 15 minutes, but it runs from 6:00 AM to 0:50 AM!

This means I will not be able to use it.

There are cab touts in the arrival hall on the first floor of the airport late at night, and they frequently call out to me, but I am too scared to follow them because there is a high possibility of being ripped off by a cab driver.

There was a driver who offered to take me to the domestic terminal, but I was afraid to do so and refused.

So we had no choice but to walk…

In fact, I was able to walk the shortest distance from the first floor of the international terminal to the outside of the terminal.

When I left the international terminal, it was around 4 am.

Of course, no one was walking outside.

It is very dangerous to go out at night at this hour in a foreign country, but I thought it would be safe in Vietnam.

In fact, I didn’t feel scared.

Among the countries I have been to, Taiwan, Singapore, Vietnam, and Canada are the only countries where this kind of thing is possible.

It took about 20 minutes or less to arrive at the domestic terminal by walking along the sidewalks along the road like this.

It was about 4:30 in the morning, and I was surprised to see many people already going through boarding procedures at the domestic terminal.

Vietnamese people seem to be early in the morning.

The only way to move between terminals late at night is to take a cab or walk. Although there are street lights, it is still dark, so walking is not recommended for women.

Reserve your favorite seat on Vietnam Railways When I ride a train,...

The China High Speed Rail is a very convenient way to travel within Ch...