The waterfall is 65 meters wide and has a drop of 20 meters over the Egawa River, a tributary of the Naka River. It is also a famous spot for cherry blossoms and autumn leaves, and is a good spot for photography as the JR Karasuyama Line passes over the waterfall. The Ryumon Furusato Folk Art Museum is located at the entrance, and a stairway leads down to the waterfall. Be careful when descending because of the fine spray. There are two potholes in the middle of the waterfall, called “Onna-gama” and “Otoko-gama,” named after the giant snake that used to live there.

The width of the waterfall is so large that it looks like a huge wall when seen from the front, making it a very powerful waterfall. 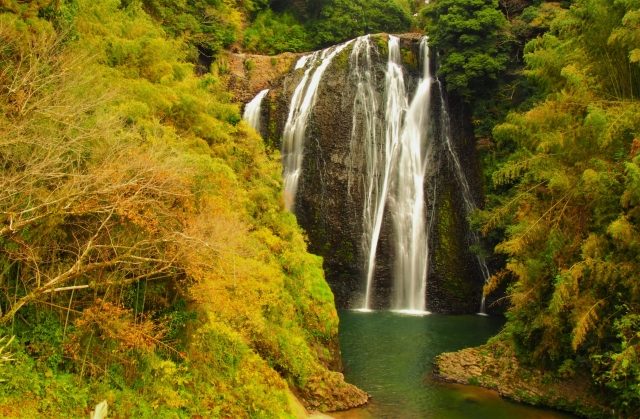 The train runs over the falls!

One of the attractions of Ryumon Falls. What a surprise, you can see the waterfall and the train at the same time!

Since the Nasu-Karasuyama Line runs near this Ryumon Falls, you can take collaboration photos of the train and the waterfall.
This is a popular place for taking pictures. 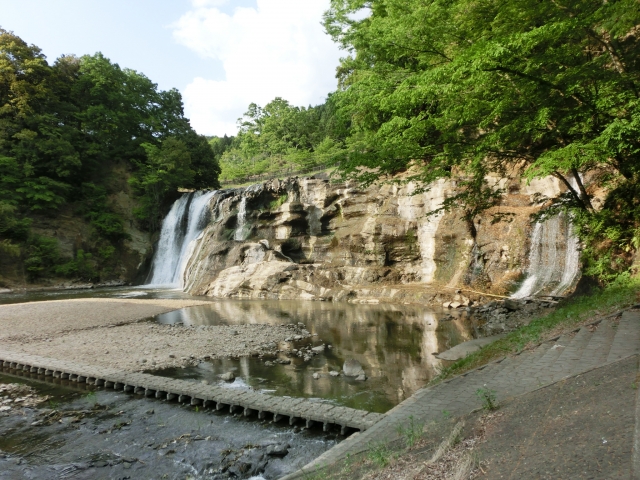 Unusually for a waterfall, it is very accessible by train as it is only a 5~10 minute walk from the station.
(However, the number of trains is less).